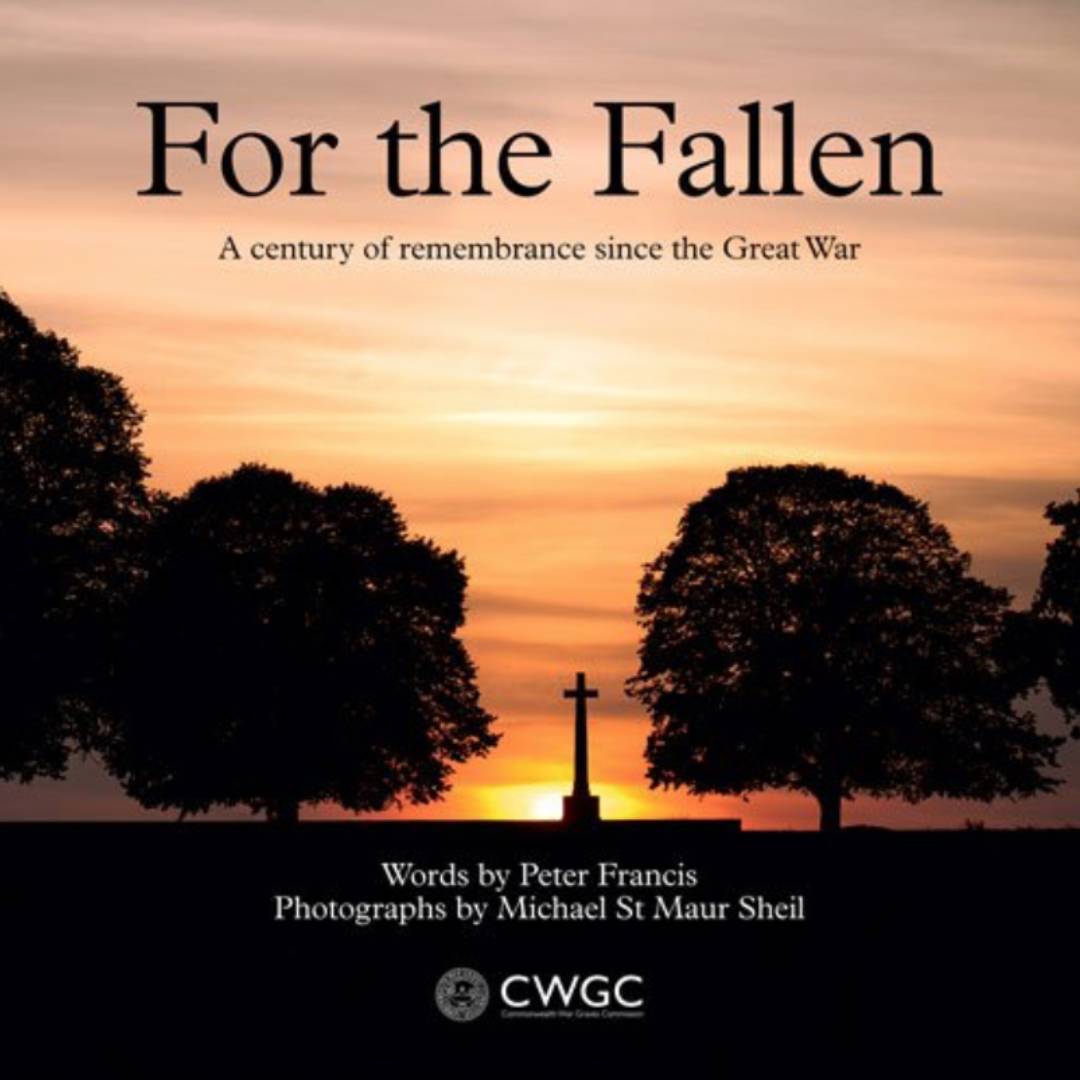 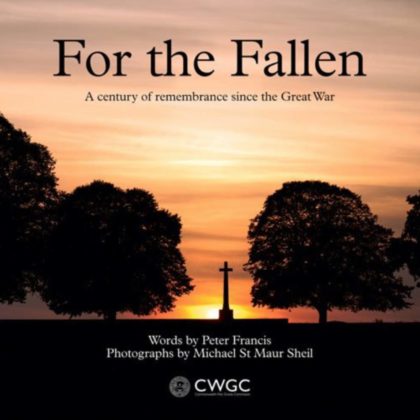 For the Fallen: A Century of Remembrance Cince the Great War, Words by Peter Francis, photography by Michael St Maur Shiel

The main focus in this volume, if the pun may be pardoned, is the photography of Mike Shiel. The photographer’s work may be familiar to the reader, either through publication in an annual calendar, or because they may have visited the travelling exhibition ‘Fields of Battle, Lands of Peace’ which appeared in dozens of cities during the centenary period and drew large crowds.

Published by CWGC, the reader should expect that the imagery and supporting text is concentrated on their sites, but great care has been taken to show the many nationalities who fought for the British during the Great War and also to show the global impact of the war. Imagery from the Western Front is blended in with that from Egypt, India, Greece, Turkey, Kenya and many other countries, emphasising the nature of the Great War as a global conflict. The ‘near abroad’ features too, isolated graves and small plots in the Scottish Islands are featured. All of this shows the diversity of the work of the Commission. Each picture is accompanied by explanatory text.

A book about cemeteries and memorials might seem to be a bit narrow, but the exquisite use of light and composition by the photographer is a counterbalance to that. Great use is made of the ‘Golden Hours’ at daybreak and twilight, or of dramatic conditions of cloud, or the use of unconventional angles and perspectives, to produce images of familiar places but in unfamiliar ways. Nor are the staff of the Commission overlooked in their ongoing work to maintain the places entrusted to their care on our behalf.