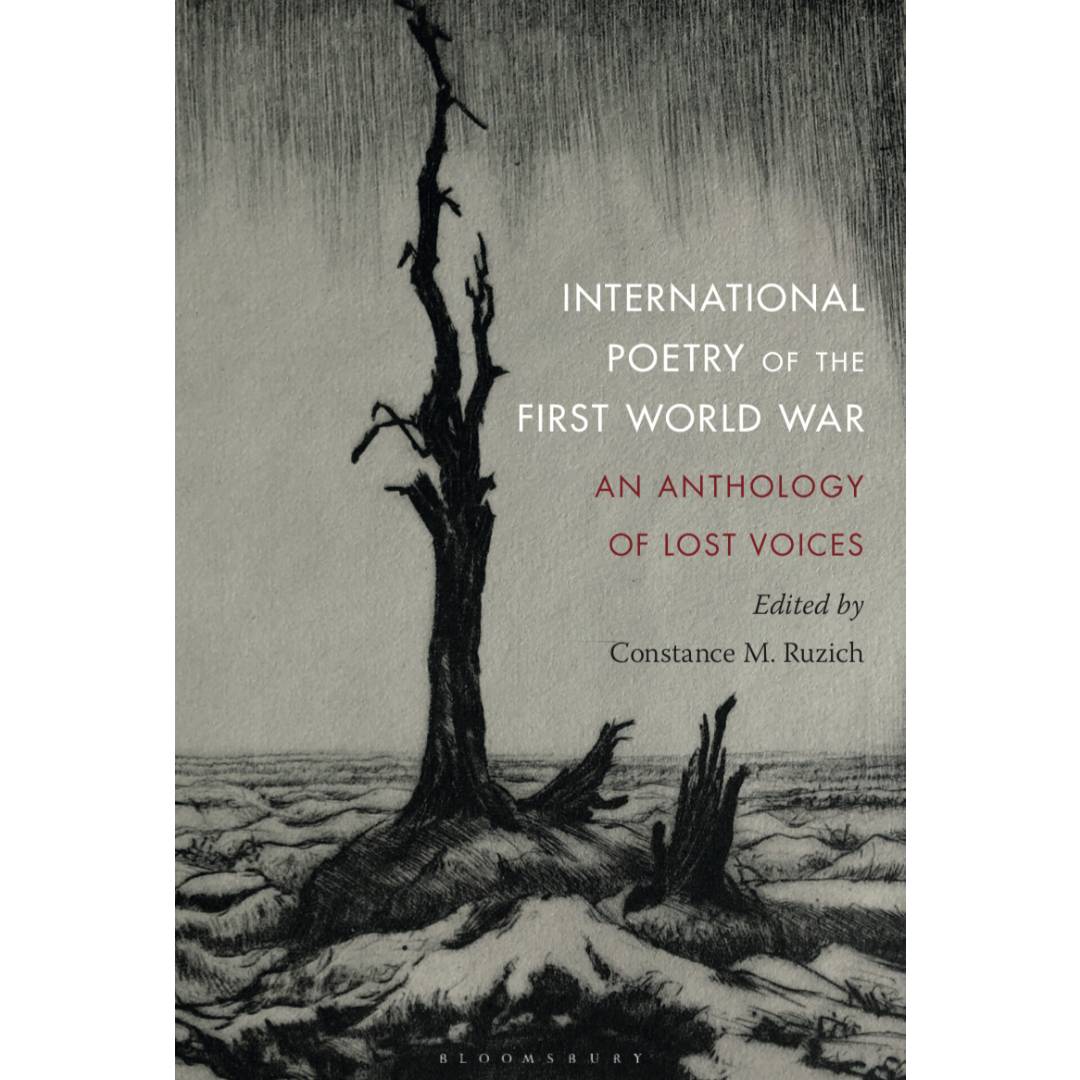 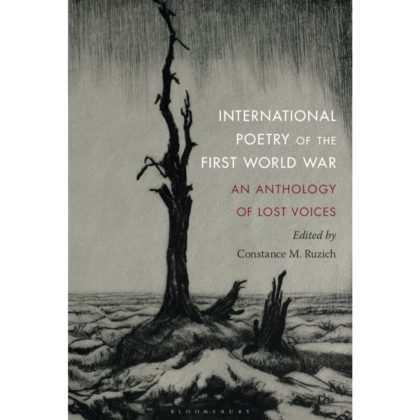 I have a confession: I don’t like First World War poetry. Or at least, so I thought. The endless recurring images of filth and futility have become a sadly repetitive trope, condensing the experiences of a generation into one mud-stained snapshot. ‘The poetry is in the pity’, Wilfred Owen famously wrote, and it is with this air of tragedy that the war poets entered the English literary canon.

Their experiences were real; their suffering immense, yet the works of Owen, Sassoon and Graves represent a narrow aperture of wartime experience. In her extraordinary new anthology, Constance Ruzich brings together some of these familiar figures with an impressive range of lesser known voices. Spanning a wide range of geographies and military services, they present a diverse reflection on conflict and loss, through sometimes contradicting but always heartfelt verse.

The consecutive placement of poems by Albert-Paul Granier and Alfred Lichtenstein highlights this diversity. Both were lawyers but of different nationalities, Granier served as a French Artillery Officer, while Lichtenstein was in the Bavarian Infantry. Through Ruzich’s excellent biographies that follow each poem, the reader is able to contextualise the poetic voices and understand the life behind their words. Granier and Lichtenstein both saw front line service on the Western Front, where both would also die. In their poems they are both strikingly aware of the possibility of this, with Lichtenstein almost begging to be spared ‘so that I may return as a hero, with a story to tell’.

One of my favourite inclusions in this anthology is ‘Cricket: the Catch’ by FW Harvey. I have for a long time loved Harvey’s poetry and the way he was always able to find humour in war. This is one of his more sombre poems, lamenting the loss of ‘happy days’ spent playing sport, yet he is by no means downhearted, likening elements of the war to his much-favoured English game. Another of his poems, ‘The Cricket Match’, regales the entertaining story of how he and a friend sought out a cricket set while in France, complete with mime interpretations of the game to the confused French shopkeepers. Such was the importance of sport to Harvey, like so many other soldiers, that it influenced not only how they enjoyed life, but also how they saw and understood it too.

The juxtaposition of peace-time and wartime lives is a running theme throughout this anthology and one which is beautifully expressed in Maria Dobler Benemann’s poem ‘Visé, After a Letter from the Field’. In these rather haunting verses, Benemann, a German woman, decries how ‘music behind you has collapsed’. Written as if addressing her husband, familiar music becomes imbued through the losses of war with a grave sadness, becoming ‘hollow echoes of the home’s dead souls’. Her heartbreak is a far cry from Harvey’s optimism or Lichtenstein’s confidence, yet it tells of the strains of war that were felt by all, not just those who were actively fighting.

For this is another strength of the selection of poetry made by Ruzich. In addition to the many soldier-poets she also includes a segment on non-combatant perspectives and two on the legacy and memory of the war. This was, after all, a total war felt by all and each with a story to tell. Pity was certainly present, yet it was not the defining feature Owen had considered. Ruzich successfully broadens the scope of First World War poetry and has created an important volume of both literary and historic value.