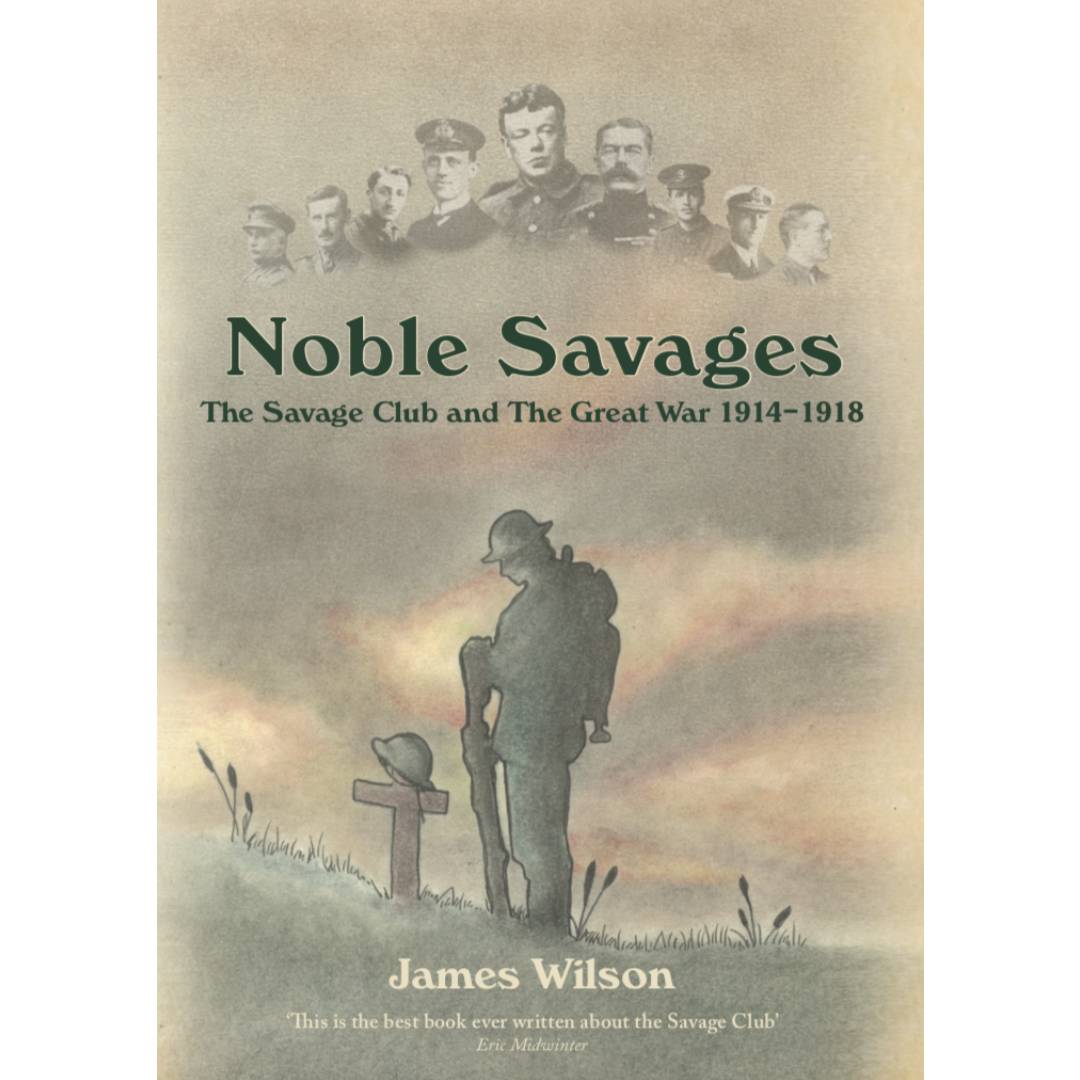 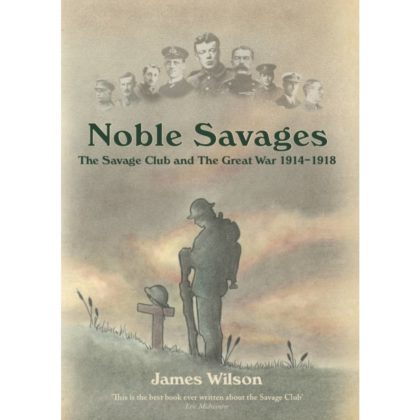 Noble Savages is James Wilson’s remarkably thorough study of the Savage Club of London in the First World War. A product of centenary research, the hardcover was originally published in 2018 and due to demand has now been reissued as an updated paperback.

Early in the book Wilson describes the Club’s memorial plaque, carved by member and sculptor Albert Toft in memory of the nine ‘Savages’ who were killed during the war. Yet in truth, this book is a far greater memorial; a tribute to the war work of more than one hundred men and a testament to the way the conflict cut through British society.

But we can also tell a lot from that simple plaque, upon which the nine names are listed in alphabetical order. All but one are officers. Yet one name stands out, despite it being no more prominent than the Second Lieutenants. That of Field Marshal the Earl Kitchener. The hero of Khartoum and the face of 1914 Army recruitment, Kitchener had been a member of the Savage Club. He wasn’t their only famous face. The King, George V, was an honorary member until he came to the throne. Admiral Jellicoe and Field Marshal Sir Robertson also called the club home.

In many ways the membership of the Savage Club reads like a Who’s Who of the war. Artist CRW Nevinson, architect Edwin Lutyens, and correspondent Hillaire Belloc were all also members, with Wilson giving each of them an in depth biography. A collection of extraordinary men, each prominent in their fields, they were united by their membership of one bohemian gentlemen’s club. Selection for membership required (and still does to this day) professional distinction alongside societal connection.

Noble Savages can therefore be seen to transcend the Club itself, reflecting the interconnected nature of London society at the time of the war. The elite circle to which membership of the Club was possible were the very same men at the top of the social hierarchy to whom positions of military and government influence were open.

One can only wonder the conversations held in the Savage bar between the great and good of the war. Between the Army and Navy; the sciences and arts. And unfortunately, one is largely left to wonder. Likely a result of limited written evidence pertaining to what occurred behind those closed doors, Wilson doesn’t go beyond the biographies to explore the relationships fostered and the deals done within the Savage Club.

Even a century later the secrecy of Club Land prevails. A remarkable place for men living remarkable lives, James Wilson provides us with an amazing cast of historical figures, upon whom the success and legacy of the First World War depended. By placing them within the community of the Savage Club, we are given a new appreciation for the context in which they lived and experienced life, as well as for the historical legacy of the Club itself.