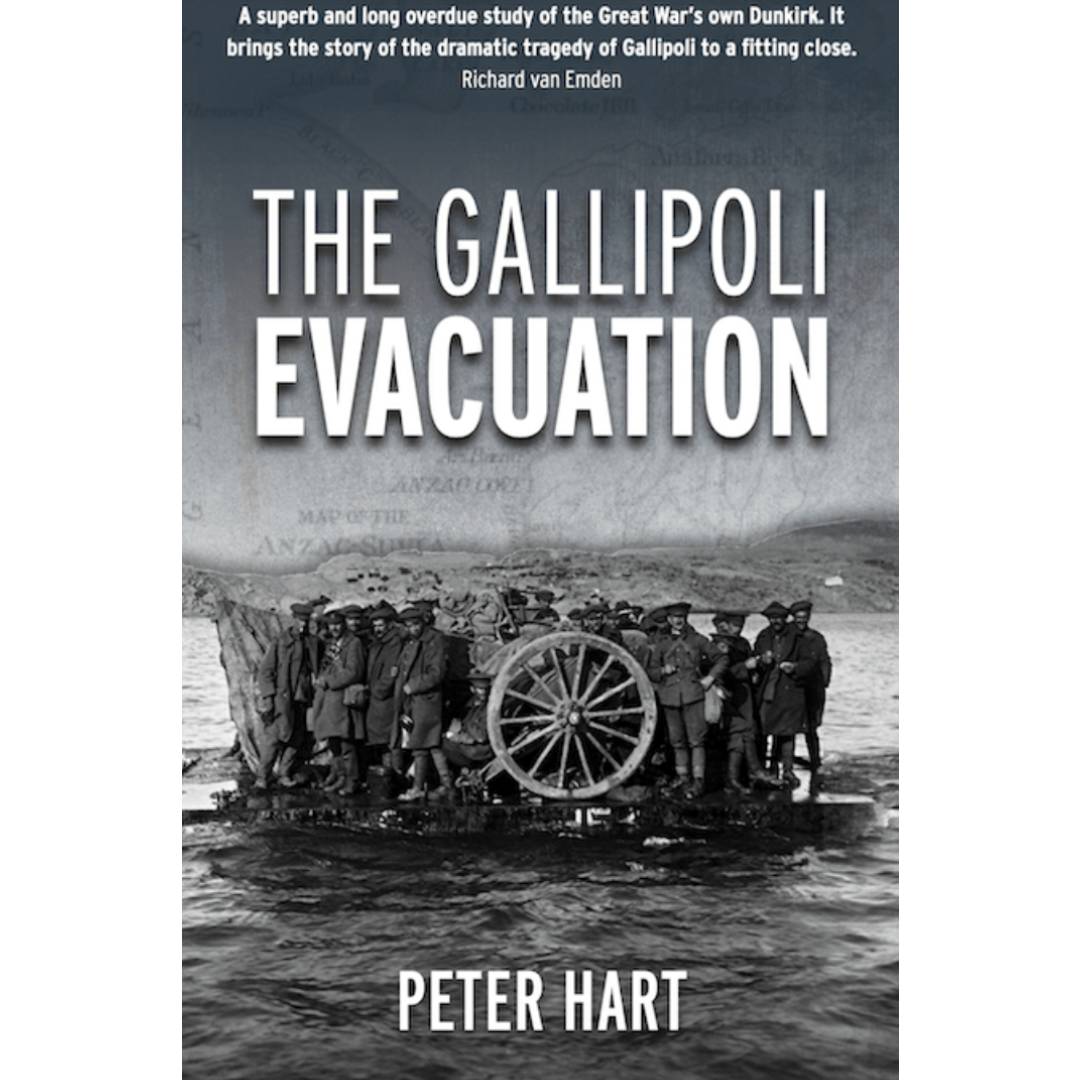 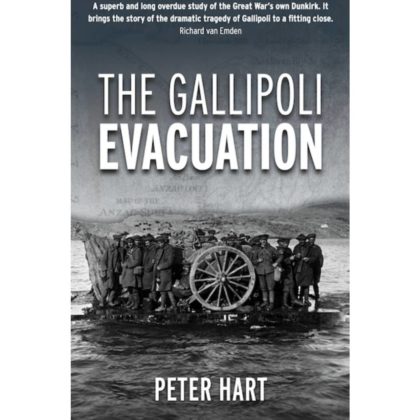 Hart describes Gallipoli as a tragedy in six acts, and his new book deals with the last of these; the act of extricating the Allied force and all of its personnel and paraphernalia from the by-now-lame campaign to knock Turkey out of the war and march into Constantinople.

The events described have been touted as the Dunkirk of the First World War, but before we get to them, a breakdown of the circumstances leading up to the evacuation of the peninsula is given adequate space that the reader needs no great knowledge of the campaign, but has enough brevity not to detract from the real point of the book. The same is true of the transition from failed attempts at Suvla, which are neatly described, as is the oft-skimmed deterioration of the weather and the decline into winter, for which the force was so ill-equipped.

The dithering that led to the final decision to depart is called: The Swan song of the Lunatics; not without some justification, but the book really comes into its own when it comes to describing just how the MEF managed to get away without losing a man. The Dardanelles are the author’s raison d’être, and he brings his usual indomitable style to 300 pages of insightful work coloured, by first hand testimony, that varies from tragic optimism and depression to cunning tales of improvisation and reflections of the sheer planning and hard work that went into the process.

We are given the fulled spectrum of the human experience: the mixed emotions, the fear, the frustration and the fine margins between success and total disaster. The variation of coverage between ranks is comprehensive, and particularly striking is Godley’s reaction to abandoning the graves of those lost; even penning a letter he intended to leave behind asking the Turks to respect them. Unexpected and most welcome were the snippets from the Ottoman side, of the reaction to the disappearance of the enemy after months of fighting.

Nailing your colours to the wall is all well and good, but perhaps there is room for a more balanced appraisal of how it got to this point. The author clearly has no time for the civilian contributors to this humiliating failure. That said, this volume is worth every penny, even if you already own his previous Gallipoli book, for the sheer volume of additional coverage of the only part of the campaign conducted with any success. Such a focus on, for me, the most interesting aspect of the mess at Gallipoli will be a useful addition to any Great War book collection.